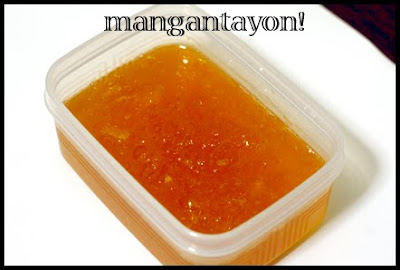 Ok so Kaye is not coming yet. I didn't get the job I applied for, so there is no sense of hurrying things up. My baby can take her sweet time in my tummy. She has all my time now. The doc told me today that they will have to induce labor next Thursday if I still don't give birth by then. However, when I cam home from the hospital, I begin to feel that familiar pang and I have a feeling that she will come soon. It's 1AM and I slept the pains off from 7PM to 11PM. For lack of something to do, I decided to finally try making something out of the natsu mikan (summer tangerine) in our kitchen.

The tangerine trees at the back of our apartment are teeming with fruits at this time of the year. Every year, for almost every week that the mikan are in season, we would find a plastic bag full of tangerine at our doorstep, courtesy of our landlord. For the past years, I had no idea nor had any inclination to use the mikan for something else other than the usual so most of the time, they'd end up in the garbage.


Tonight, I experimented on making marmalade. I searched for a recipe online but couldn't find one and I really am not in the mood to search for recipes written in Japanese so, I made my own based on marmalade recipes of other types of oranges or tangerines.

Natsu mikan is much more bitter than the mikan or ponkan. However, I am quite satisfied with what I got.

Directions:
Since I have nothing better to do, I peeled the mikan and removed all the pulp and seeds by hand. This would have been so time-consuming if I had used like 5 mikans and I read in one blog that they just processed the sacs as they are. I opted to remove the sacs though and only used the pulp. I had leftover yuzu in the refrigerator so I removed its rind and mixed it in.

One big mikan with all its juice amounted to 1 cup so I used also 1 cup of white sugar. Since I don't have a food processor, I blended it for 2 or 3 seconds.

Then I boiled the mixture for about 13 minutes.

As you can see from the picture (my photographer is fast asleep so excuse the inartistic shot), it looks like marmalade. It tastes and feels like marmalade although a little bit bitter than the commercial one. Nevertheless, I think I will be making my own marmalade from now on. Maybe I'll add a more sugar next time but I think this one is just perfect for my orange marmalade French toast! 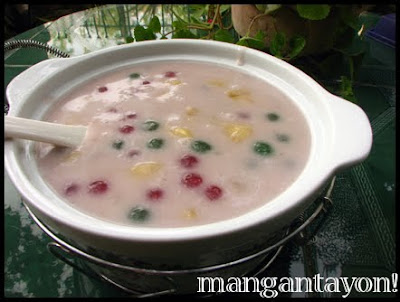 There is a lot of name for this dessert and a lot of ways to cook it. We call it Padarusdus or Paradusdos in Ilocano. Correct me if I am wrong but I think the name came from when the glutinous rice flour is shaped into balls and made to roll in dry flour and as the balls roll, especially if there are many who are making them, it would appear like there is a "scuffle" of mochi balls. Or at least that`s what I remember my aunt told me. That by the way is the meaning of "darusdos". Although it could have come from the Tagalog word "dausdos" which means "to slide". But etymology is the least of my concerns now.

So anyway, whenever I go home to Batac, I would just crave for it. Last October, the first thing I requested from Manang Perla was to buy a serving of padarusdus and she said that she'd better make it herself because it would be cheaper and that way everybody can eat. I am so glad she did! I watched her cook it so that next time I'll know how but like the great cook that she is, she never ever measured her ingredients but just boiled and tossed in every ingredient and lo and behold!

This is a dish so rich in carbohydrate as most of the ingredients are made of starch! The glutinous rice, sweet potato, sago or tapioca, and other root crops which one may want to add.

When I came back to Japan, first thing I did was to order some sago, tapioca and coconut milk from a Filipino store online. By the way, for those who are not aware, sago and tapioca are different in that, sago is made from the pith of sago palm stem (Metroxylon sagu) while tapioca is from the root crop Manihot esculenta or cassava. Both are made of starch though and can be used in the same way.

Here is what I did, crudely, but, it worked and it satisfied my palate.

I only had sweet potatoes and bananas here but some would add yam, jackfruit and/or sweet corn.
Posted by MaRyA at 9:14 AM No comments:

It has been two months since my last post and our baby girl is supposedly due to come out today but it seems that she is taking her sweet time in my tummy. I have been busy preparing for her coming and of course nurturing myself out of boredom, irritation, hormonal imbalance and what-have-yous of pregnancy. So instead of getting more anxious when the labor pains would come, I have decided to write another post just to channel the extra energy and sleeplessness I have been suffering the past days.

My sister arrived in Japan last April and she just came and stayed with us for 5 days during the Golden Week (that`s Japan`s week-long vacation). We had fun going from one store to another shopping with Grace (a Filipina friend, also studying in Gifudai). Anyway, when all was bought and my feet finally gave up, we decided to spend the rest of the vacation cooking, particularly baking. We had the muffin, quick bread, cookies and a whole wheat bread in our list. 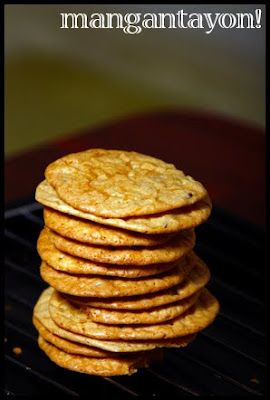 The choco chip cookies recipe I got from my sis in UP Cells, Orange, who cooks a lot of amazing and delicious food for her family. I kinda wish she would also make a blog of all her recipes. I dunno what we did wrong but, although this is my second time to make these, they were still so thin. Nevertheless, they were so delicious that they were gone before we knew it and Ken has become the new Cookie Monster. 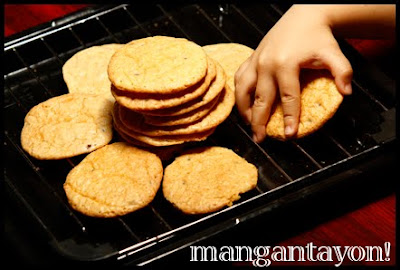 Before we mixed the cookie recipe, we already prepared the dough for the Brown Sugar Oatmeal Raisin Bread. It was fun to be back baking bread but I had to admit that I am glad my sister did all the mixing and kneading. My powers were not enough for bread making just yet. Ken had a great time sprinkling the cinnamon and playing little chef. 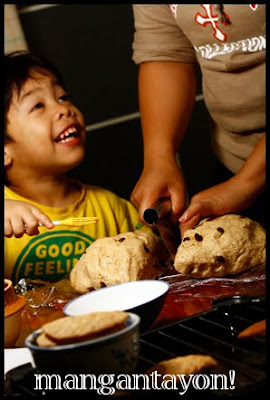 We followed the recipe from Cookingbread.com to the letter and we were aptly rewarded with two very delicious and tasty loaves which are indeed so perfect for breakfast! 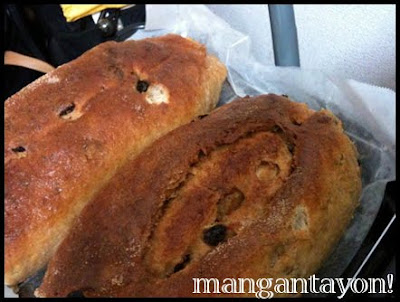 MaRyA
Shizuoka, Japan
By profession and training, I guess, I can be considered as a lab rat. Love and family made me turn to my small kitchen and the internet for more experiments (in both cooking and photography)... and I have been loving every bit of it. Now as I await graduation, I am working as an ALT and loving it too!

Food for the Soul